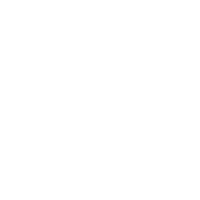 You are here: Home > Our School > Our Policies > Admissions Arrangements

The admission limit for students into Rossett School is fixed at 250 students per year.

Making an application:  the catchment area

There is a large ‘catchment area’ which is the normal area from which students would attend the Harrogate secondary schools.  It is made up of two separate zones, the Harrogate Town Zone and that Harrogate Rural Zone.  They are represented on a NYCC map as a green area (Town Zone) within a blue area (Rural Zone).

For a map of the catchment area click here.

The Rural Zone boundary runs west along the River Wharfe (North Yorkshire county boundary) from just west of Collingham to Addingham then north east passing through Blubberhouse, Darley and Shaw Mills to Bishop Thornton.  It heads back towards Harrogate to include Ripley and Killinghall before crossing between Harrogate and Knaresborough to head south to Spofforth – where it began, west of Collingham again.

The Town Zone is within the Rural Zone and is largely Harrogate town centre and immediate ‘suburbs’.  In the south it includes Pannal and Burnbridge, the boundary heading north west includes the Army Apprentices College.  The boundary then heads north east and skirts Jennyfields and Bilton, including both, to follow the River Nidd before heading due south to Forest Lane Head and then south west back to Pannal.  All the major urban areas of the town are included.

Out of Area Students

Parents who live outside the areas listed above may also apply for entry to Rossett School.  These applications will be considered if places are available after all catchment area applications have been considered.

All queries regarding transport are dealt with by Integrated Passenger Transport:

This information was correct at the time of issue but does not take account of further applications or appeals after May 2019.

Back to all policies